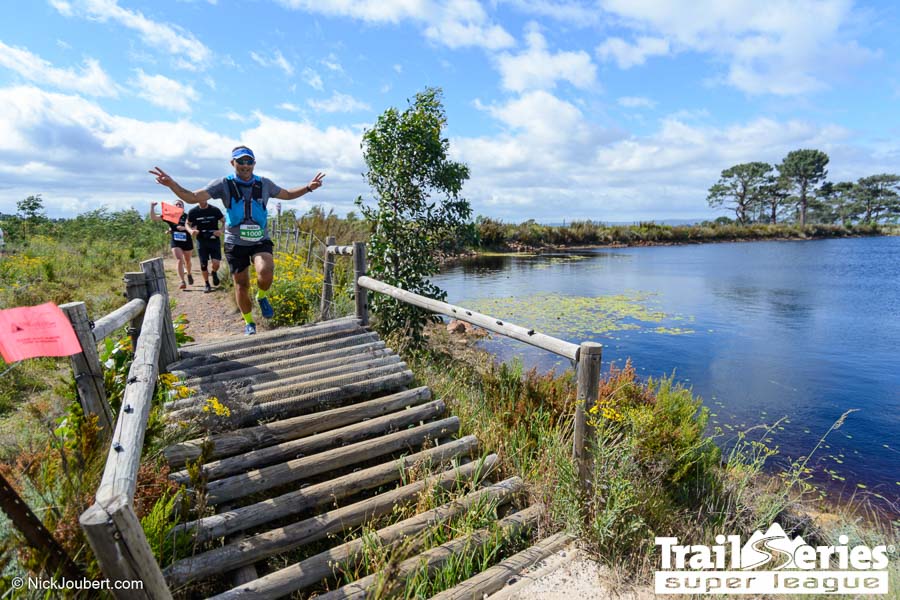 There is good reason why Oak Valley is some of the most sought after mountain bike trails in the Elgin Valley.  Smooth, fast and full of flow, these custom-built trails are closed once a year for the Trail Series® Super League - and they never disappoint.

It’s been another fractured year for events as a whole, and with COVID-19 wave after wave there was no certainty in any date.  Hence, it was every race for itself, with no chance of bedding down the overall Super League in 2021.

It was a classic blustery summer SE ripping through the valley over the weekend, keeping many from making the trip.  But still, over 500 runners rocked up to tackle one of the three distances on offer.

First to go at 7am was the 22.5km XL runners.  Lovemo Nyaude set a blistering pace up front, with Simon Short not far behind.  In the ladies race, super talented Leanda du Bruyn was in a league of her own, with Kate Mapham and Emily Djock her closest competitors in the early stages.

At the line it was Lovemo stopping the clock at 1:23:58 (3:44min/km), with Simon just 15 sec behind in second.  Lovemo’s time sets a new record for this route, tearing 16 minutes off the old record, set in 2020.  Third over the line was ever- present master runner Kevin Spratley, home in 1:43:26.  Leanda took fourth overall and the ladies win in 1:44:55 (4:39min/km), with Kate Mapham in second place and Emily Djock in third. Leanda’s time also smashed the old course record by some 12 minutes!

The 13.5km was taken by Lambert Brink in a time of 1:01:03, with ladies speedster Mila Geldenhuys taking second just two minutes behind in 1:03:07 - just a few seconds ahead of Daniel Jubert. Third in the mens was Charl Joost with Zulfah Samaai and Sherelee Jones coming in second and third respectively in the overall ladies race to the line.

Juniors thrash it out for the 5km crown

It was a pure flat-out race of attrition in the short but fiercely competitive 5km race.  But it was the ever present Mikaeel Moolla who eked out a 28 second lead over fellow Junior Deon Bochnig, winning in a time of 21:41.  Senior runner Quinton van Dyk was pushed hard all the way to the line by a powerful run by Minimee (11-14yrs) CG Volschenk.  In the end, van Dyk proved just strong enough, and managed to hold onto third overall by just 2 sec.

In the ladies race it was Brigit van Niekerk over the line first, with a four minute margin on her nearest rival Tessa Preen.  Brigit’s time of 24:34 placed her 7th overall.

In the Peewee category (6-10yrs) it was Luke Simpson and Amelia Fataar in for the win.  The girls Peewee category was entirely dominated by the Fataar family, with Amelia, Salma and Qailah taking 1st, 2nd and 3rd respectively.

Despite there being no official Super League in 2021 due to COVID-19 event uncertainty, we still wanted to process the results for interest's sake! Of the 1279 entrants into one of the three races in 2021, only 2% managed to compete in all three races in the same distance, proving how tough it’s been to line up the stars...

In the XL League it was an outright win overall for Kevin Spratley, with a combined time of 5:36:19.  2nd was Munyaradzi Musvosvi and 3rd Ryan Brown.

In the Long League it was Lambert Brink winning overall with a combined time of 3:27:44.  Neil Hermann placed second overall just 17 minutes adrift of Lambert, and Cliff Kuadkwashe piping Charl Jooste for third by just over 2 minutes.

Well done to everyone that took part in any or all three of the race this year! Hopefully 2022 will allow us to host the full Trail Series® Super League and see more challenges for the TSSL title. 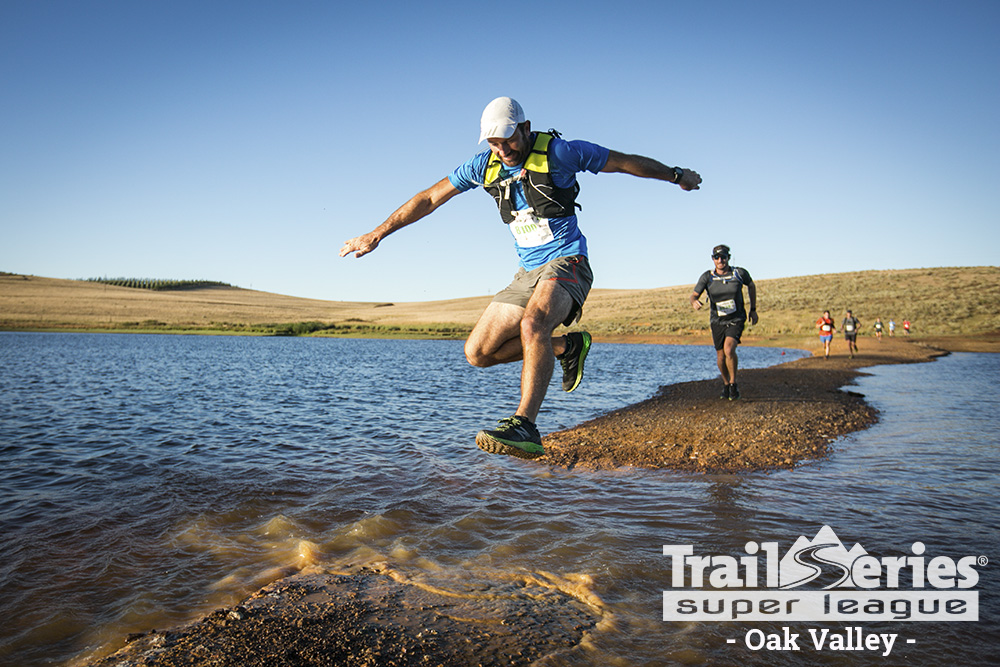 We make our final COVID-19 stand in this years TSSL as planned at Oak Valley.  It's coming up fast, and you might have some questions. We’ve worked with all stakeholders and authorities to bring you a safe, enjoyable racing experience. And there will be no cardboard cutout fans, we promise!

Entries are PRE-ENTRY only, so please don't rock up on the day to enter. This is because every participant is required to complete a COVID-19 self screening form 48hrs before (more on this below).  Entries are also limited and currently available here.

BACK TO BATCH STARTS

We are back to the usual racing batches for Oak Valley, albeit it small COVID-19 compliant batches of 50.  The start times are indicated on the event page.  In the XL, we will place you in a batch, but if you consider yourself an ELITE or PODIUM contender, please drop us an email BY FRIDAY 3pm and we will make sure you are in the A batch start. For the Long or Short courses, you will be starting in the batch you chose during the entry process.

Every entrant will be emailed a COVID-19 self-screening form at 7am on Friday 13th November, 48hrs before the first start.  Every entrant is required by the current regulations to complete this prior to arrival. However, if you miss this, you will be able to complete the form at the event - this will just take longer!

Your temperature will be checked in the parking area before you enter the race village.  If your temperature is higher than 38ºC you will not be allowed to run.  Please maintain your social distancing skills during your time at Oak Valley to the best of your ability.  You are not required to wear a mask while you are running, but it is required to be on when you arrive, during registration and right up until you have started the run.

There will be rolling prize giving for the top three over the line, male and female, in each distance.  There will be a random lucky draw as we progress, so make sure you place your tear off number in the bucket soon after you finish.  After every draw the bucket will be cleared to prevent gatherings...  We will do an online prize giving for categories & the overall TSSL.

COMMS WITH THE TEAM
For any race enquiries, please check our website at www.trailseries.co.za or email info@wildrunner.co.za.